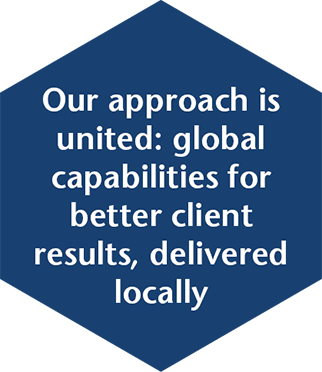 Our key advantage is our broad view of two of the most important issues in our economy today: Risk and People. 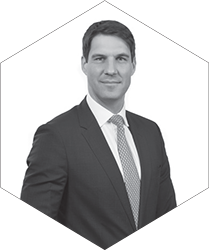 Terence is responsible for all Aon operations in South Africa. Before his appointment as CEO Aon South Africa, he was the Chief Broking Officer for Aon South Africa. He joined Aon in June 2001 as a Broking Director in Aon United Kingdom, and in August 2011 he became Head of Casualty Aon Global. In March 2013 he returned to South Africa to work for Aon in his country of birth. Terence obtained his Bachelor of Commerce in 2000 from the University of Pretoria. 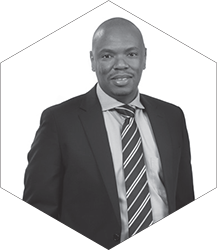 Leo started his career at Medi Clinic Group in 2001 and joined Glenrand MIB Limited in October 2004 as an HR Manager progressing to the position of General Manager: HR. He was appointed as the Executive Head of HR when Aon acquired Glenrand MIB Limited in 2011.He was later promoted to the position of Chief Human Resources Officer-Sub Sahara Africa Region and Aon shareholder representative in all Aon SSA operations. He is currently the Aon SSA Regional Executive and Chairman of Aon Botswana and is also a director and Board member of Aon South Africa and Aon Re Africa. He is also a non-executive director of the insurance institute of South Africa.

Leo has a B Tech Degree in Human Resources Management from the University of Johannesburg; a Management Advancement Programme (MAP) from Wits Business School and a National Diploma in Human Resources Management from Tshwane University of Technology He has also completed Financial Services board: First Level Regulatory Examinations: FSP`s (sole proprietors) & Key individuals and First Level Regulatory Examination Representatives. 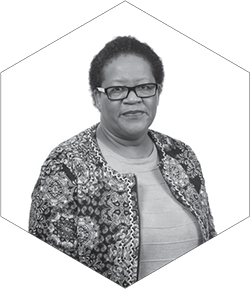 Dr Nomonde serves as a Non-Executive Director and Chairman on a number of boards and has many years of experience in the field of medicine, working extensively as a consultant in health and safety. She is currently the Chairman of the HR and BEE committees of Thebe Investment Corporation. She holds a Medical degree, an Honours degree in Aerospace Medicine and a post-graduate diploma in Occupational Medicine. She also holds an MBA (cum laude), specialising in Strategic Marketing. Nomonde started her medical career in 1991 at the Chris Hani Baragwanath Hospital. In 1993 she went into private practice as a GP in Randfontein. In 2000 Dr Mabuya became an Occupational Health and Safety Consultant for a number of large corporations and unlisted companies, including Vodacom, Deloittes, Standard Bank of SA, Telkom and the South African Reserve Bank. 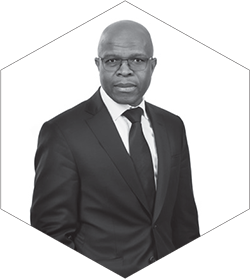 Vusi is a co-founder and director of Tamela . Vusi is a former investment banker with over 20 years’ experience. He pioneered mezzanine funds in South Africa by launching the first specialised mezzanine fund. From 2005 to 2008 he was the Chief Executive Officer of Makalani. Prior to joining Makalani he worked for Investec and African Oxygen Limited. He is a member of the Institute of Directors of Southern Africa and the Investment Analysts Society of South Africa, board member of Emira Property Fund and is a trustee of the Hamlet Foundation. 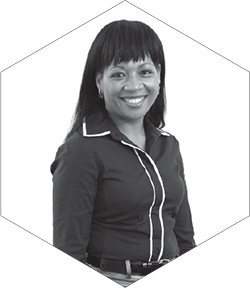 Meta is a qualified Chartered Accountant with over 18 years of professional experience. She is a director of Mahlako, a company focusing on Finance, Energy, Telecoms and Infrastructure investments and advisory that she co-founded 11 years ago with Makole Mupita. Since 2008 Mahlako has successfully invested in projects in excess of R5 billion and advised on mandates in excess of R500 billion. Her advisory experience includes advising the Department of Energy on the Nuclear New Build Programme as well as various other advisory engagements for the South African Nuclear Energy Corporation. She has extensive Nuclear related experience and has successfully completed the Nuclear Fuel Training Seminar hosted by the internationally acclaimed Ux Consulting Company.

Meta has extensive governance and management experience and has served and chaired numerous boards and audit committees. She currently serves on the board of Aon South Africa. Meta is also the co-founder and current chairperson of the Black Energy Professionals Association (BEPA), an organisation that exists to represent and champion the specific interests of black people with the aim to achieve radical economic transformation of the Energy sector in South Africa.

In October 2018 she was a panellist at the inaugural South Africa Investment Conference.

In November 2018 Meta was selected as a Woman of Fortitude to continue the legacy of Mama Albertina Sisulu chaired by Minister Jeff Radebe. 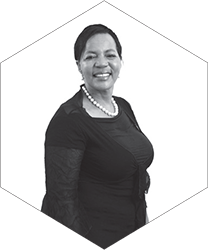 Dr Namane Magau is Chairman of the Precious Prospects Group and owns a management consultancy firm. She also serves on several boards including Murray & Roberts and NTP. She holds a Doctorate in Education from Harvard and has, in the past, served as Executive Vice President for Human Resources at the CSIR, and Executive Director for Human Capital at the SABC. She is the past President of Business Woman’s Association (BWA) and International Women’s Forum (IWFSA).

Our BBBEE credentials are unsurpassed. We are "A" IQuad rated, a level 2 contributor as well as a value adding enterprise which will entitle you to claim procurement at 125% of their spend with Aon and thus empowering them to achieve their BBBEE and growth objectives.